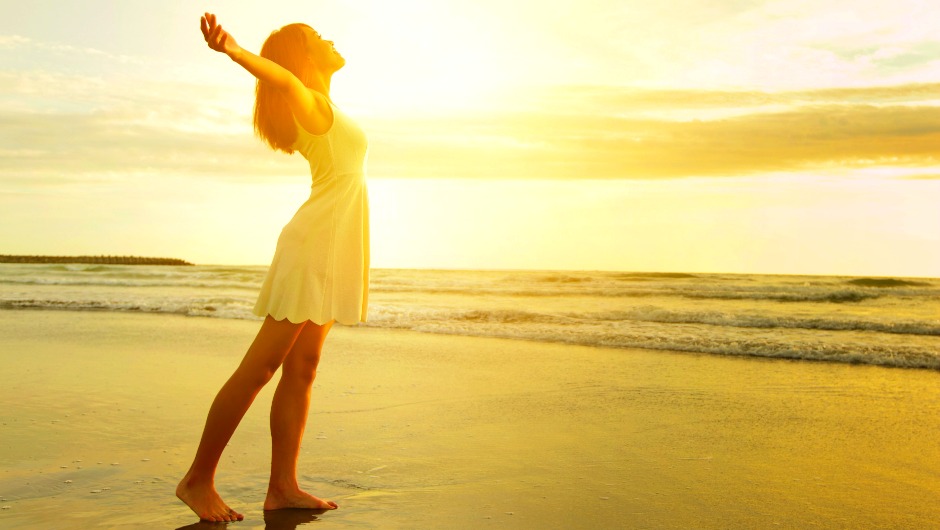 Yoga, meditation, massage, acupuncture, and herbal remedies; these are just some of Eastern medicine’s contributions to our decades-long search for ways to live well with fewer pills and less-invasive health care. Toward that end, I’m excited to report that there are promising new findings in the field of energy psychology, specifically about a practice called Emotional Freedom Technique (EFT), or “tapping”, that is taking our search for holistic solutions to an exciting new level.

What’s unique about EFT is how it combines Eastern wisdom about acupressure, or “meridian points,” in our bodies, with traditional Western psychotherapy.

The practice consists of tapping with your fingertips on specific meridian points while talking through traumatic memories and a wide range of emotions.

“Acupoint tapping sends signals directly to the stress centers of the mid-brain, not mediated by the frontal lobes (the thinking part, active in talk therapy),” explains Dr. Church, Ph.D., who has been researching and using EFT since 2002.

Because EFT simultaneously accesses stress on physical and emotional levels, he adds, “EFT gives you the best of both worlds, body and mind, like getting a massage during a psychotherapy session.”

In fact, it’s EFT’s ability to access the amygdala, an almond-shaped part of your brain that initiates your body’s negative reaction to fear, a process we often refer to as the “fight or flight” response, that makes it so powerful.

“By reducing stress,” adds Church, “EFT helps with many problems. There’s a stress component to sports performance, business and financial pressure, and most disease. When you reduce stress in one area of your life, there’s often a beneficial effect in other areas.”

Church estimates that 10 million people worldwide have used tapping, and what’s so exciting is how incredibly quickly it’s alleviating issues like depression, anxiety and insomnia, as well severe PTSD, physical pain, even illness.

At this point you’re probably thinking what most intelligent and sane people are — how is that possible? How can tapping on “meridian points” resolve serious health issues? As an EFT practitioner and the producer of the movie The Tapping Solution, it’s a question I’ve been asked repeatedly over many years. In fact, you’ll often hear me refer to EFT as “this strange tapping thing.” Fortunately, there’s very real science (and results!) behind it.

In partnership with Dr. David Feinstein, Dr. Church has been able to confirm that tapping on specific meridian points has a positive effect on cortisol levels. Cortisol, known as the “stress hormone,” is integral to our body’s “fight or flight” response. Originally designed to help us survive life in the wild, the “fight or flight” response was essential when our ancient ancestors were faced with sudden, brief danger like, let’s say, a tiger. However useful in short bursts, releasing cortisol too frequently, as we seem to be doing in response to the ongoing or “chronic” stress of modern life, may have serious, even scary, impacts on our physical, mental and emotional health. In fact, living in this kind of biological “survival mode” may be making us more vulnerable to everything from cancer to heart disease, and more.

In Dr. Church’s study, 83 participants were separated into three groups. One group was guided through an hour-long EFT session, the second group received an hour of talk therapy, while the third, the control group, received no treatment. The group that did an hour of EFT demonstrated a 24 percent decrease in cortisol levels, while the other two groups showed no real change. The EFT group also exhibited lower levels of psychological symptoms, including anxiety, depression, and others, as measured by the Symptom Assessment-45 (SA-45), a standard psychological assessment tool.

As noted in Church’s study, imbalance between these two regions is associated with a long list of health issues, from high blood pressure and heart problems (most often seen in those with an overactive sympathetic region), to depression, fatigue, and weakened immune response (in those with excessive parasympathetic activity).

In his study findings, Church asserts that EFT, which he refers to as “acupoint treatments” produces “a neutral emotional state,” which, biologically speaking, is the gold standard of health and wellness. It’s also the state of well-being people have sought to achieve for millennia through meditation, prayer, yoga, and other mindfulness practices.

Dr. Feinstein, a clinical psychologist who uses EFT in his own practice, adds that EFT is an “unusually precise, rapid, and direct for shifting the neurological underpinnings of a range of psychological problems.” In fact, he adds, “the number of therapists using EFT has been rapidly increasing over the past decade, and now peer-reviewed research is showing that their instincts have been right.  Surprisingly rapid outcomes with a variety of disorders are being documented.” The results of that documentation can (and will!) impact millions of lives in incredibly powerful ways.

Guest article author: Nick Ortner – The creator and executive producer of the hit documentary film, “The Tapping Solution.” Click to get a copy of his free eBook, “Tapping Your Way to Health, Happiness and Abundance