Picking up the story where he ended last time, Sensei Tristan continues “The Curious Tale of The Surfer Dude & the Longevity Sage.” In this chapter of the story, we actually get a peek behind the curtain at the synchronicity and “luck” that often happens when people start working to increase and release their energy through Qigong.

Many years pass as I continue my own private tutelage in Qigong until, at last, my teacher has to return to China. (If you remember, he only planned to be in Austin temporarily, but I was able to study with him privately before he had to leave.)

Although he did come back to Austin a handful of times, it seems that my unique opportunity to study with him so directly has come to an end.

Change happens. Life moves forward (as it does) but Qigong remains a powerful part of my daily life.

To stop for a moment and try to measure the growth — where I started from, to where I am at this point — there’s just no comparison. My life has totally transformed! Not just my health, but every area of my life… including business…

Now, during this time, my wife, Sabrina, and I have become friends and business partners with John Assaraf — from the movie, The Secret. (I mention this only because it plays a part in the story later.)

The project we are working on with John requires a lot of computer work — which is not new to me.

(During my back injury, though I was unable to teach at my dojo, I was still driven to “contribute” in whatever way I could. So, I basically taught myself about computers so I could make websites and design posters and flyers for our classes. The point being, what follows seemed odd and “out of the blue.”)

But for some reason, I start experiencing a few symptoms that some people associate with extended exposure to electromagnetic frequencies.

Now, like I said, this isn’t my first INTUITION rodeo so these symptoms just appearing out of the blue this way, strikes me as a little “SOMETHING IS HAPPENING HERE. PAY ATTENTION.”

So, trying to remain sensitive to what’s going on, I again take to the internet.

I think I remember something on Peter’s website about a bracelet or necklace that you could wear to help with this very problem.

But no luck. My search of his website turns up nothing so I write a quick email to his company to ask about it.

They respond pretty quickly, saying that they don’t carry anything like that but they include a suggestion for where I might find what I’m looking for. (Oddly enough, my “symptoms” disappear pretty quickly after I send this email — disappearing as mysteriously and suddenly as they appeared.)

Anyway, a few days later, I get a call from someone in Peter’s office. They tell me that Peter is interested in the fact that our company is called Satori Method and that he’s a fan of John Assaraf. (Remember that at this time, we’re working with John and our emails have an automatic business sign-off that includes John’s name.)

Pretty cool but totally unexpected. It’s a brief call – nice and friendly – and I didn’t think any more about it.

Cut to 3 days later… I’ve settled in for my morning meditation (with our dogs in my lap “helping me” — as they love to do) and my phone rings. Now I normally don’t answer my phone during this time, but something told me this was a call I should answer.

What follows is a beautiful conversation — imagine two brothers separated at birth discovering each other again.

On the call, Peter mentions that he lives near Gatlinburg, TN. 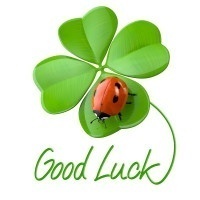 What?!? Talk about the hand of fate!

In three weeks, Sabrina and I are scheduled to be in Pigeon Forge (minutes from Gatlinburg) for a surprise birthday party for Sabrina’s mother.

As the oldest of eight, her siblings have decided to throw her a surprise 70th birthday party so this trip has been on the calendar for a while.

What’s curious is that the party has been scheduled, not in Austin (where Sabrina’s mother lives) and not in Virginia (where many of her sisters live) but at a cabin in Gatlinburg, TN – where NONE of them live. As some would say, “How very random!”

Well, when Peter hears we are going to be there, he immediately wants to meet up! So, we fly out a day early — just so we can meet Peter for dinner. 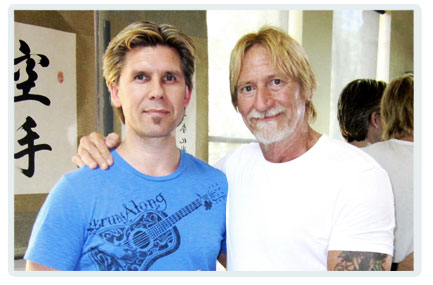 After dinner, we all take a walk by a stream and – while there are numerous enjoyable moments – talking, laughing and shared silence – through it all, there develops an even deeper bond.

Not only do we both share an extreme passion for martial arts, Qigong and meditation — but it is instantly one of those friendships where you recognize yourself in another person – who you are, as well as who you aspire to be.

So I guess, this is the moment that we officially “meet.” That’s how the man that hasn’t left the top of a mountain in 30 years meets the guy that couldn’t even stand up not that long ago.

To be continued – keep an eye on your inbox!